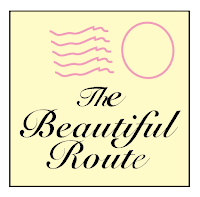 I’ve met more than a dozen over time. There's about a 50-50 split male/female. Psychiatrist. Psychologist. And mental health professionals. Social workers of a high-level. Several of them stand out.

One is a professor at Marquette. We talked about mindfulness coming into favor within the cognitive behavioral therapy modality. One is a more senior doctor at 1220 Dewey in Wauwatosa. It’s perhaps the oldest building in Wisconsin dedicated to mental health. The history of the building and procedures include ice picks and electro shock.

I met a young fellow who is also of young father. He had such a good time with our conversation that he invited me to have coffee. HE INVITED ME FOR COFFEE.. But, as I say, he has a young child and even though we traded phone numbers… he hasn’t called and I seem to of lost track of his name and information.

Several of them have recommended books or authors.

And one of them worked at them as part of a team at the county mental health complex. She did interventions for abused children. I think she went with a team member and removed children from danger. Not quite sure on that.

She also had a side gig in assessments. There’s a fellow running a practice and she does pre-screenings for him.

She asked me if I ever had my IQ checked or tested. I said yes. I gave her a couple numbers. She thought so.

Apparently I remind her of her father a little bit she thinks we would enjoy meeting one another. I guess he reads broadly and privately. And she says he’s really not much of a father or family man. He squirrels himself away into his mind and works on things. He’s an English teacher and poet, too. He tried working as a salesman but couldn’t sell anything. That rang a bell with me too.

No one has ever asked me my IQ. It might be a up there a little. Probably not Mensa level. And I don’t really care to compete about that. She and I went out after hours a couple of times. We had a couple glasses of wine. The second time it was coffee and chai tea.

My main interest is how cognitive behavioral therapy seems to be the best new flavor of the day. I’ve read that mindfulness is also a good add on therapy but it doesn’t come from the discipline. It comes from outside. Are they successful in blending it in?


My own CBT therapist has a little helpful input as well.

I often think that pursuing a discipline becomes too narrow. It becomes disconnected from the rest of everything.

Sally the psychic told she she saw a healer in me. Randy the renaissance chiropractor reminded me that the Latin root of doctor is teacher. I’ve had a couple intuitive tell me I might find myself in teaching.

It seems that people in mental health, actually any health, are bound to stay in the confines of their discipline probably at the mandate of the insurance companies.

Bessel Van der Kolk
The body keeps the score: Brain, mind, and body in the healing of trauma